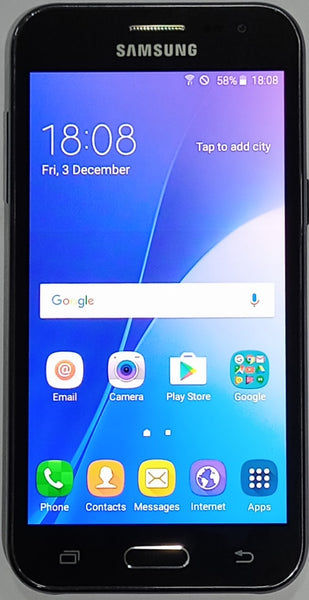 Condition: Pre Owned - Display is ghosting and loudspeaker sound is cracking, visible signs of usage.
Comes in Budli Box and no accessories are included.
No warranty.

Connectivity options on the Samsung Galaxy J2 include Wi-Fi 802.11 b/g/n, GPS, Bluetooth v4.10, USB OTG, FM radioWi-Fi Direct, 3G, and 4G (with support for Band 40 used by some LTE networks in India). Sensors on the phone include accelerometer and proximity sensor.