Condition: Refurbished - visible yellow shade on the display (Not affecting any functionality) dent on the body and signs of usage.Comes in Box with a charger and USB cable.6 months Budli service warranty except the issues mentioned in the description. Specifications: Screen Size: 4.00"  inches  Memory: 1GB RAM Storage: 16GB Camera: 8MP Rear and 1.2MP...
Wishlist

Condition: Refurbished - visible yellow shade on the display (Not affecting any functionality) dent on the body and signs of usage.
Comes in Box with a charger and USB cable.
6 months Budli service warranty except the issues mentioned in the description.

As far as the cameras are concerned, the Apple iPhone 5s on the rear packs an 8-megapixel camera with an f/2.2 aperture and a pixel size of 1.5-micron. The rear camera setup has autofocus. It sports a 1.2-megapixel camera on the front for selfies with an f/2.4 aperture.

Connectivity options on the Apple iPhone 5s include Wi-Fi 802.11 a/b/g/n, GPS, Bluetooth v4.00, Lightning, 3G, and 4G (with support for Band 40 used by some LTE networks in India). Sensors on the phone include an accelerometer, ambient light sensor, compass/ magnetometer, gyroscope, proximity sensor, and fingerprint sensor. 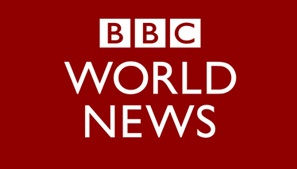